Anniversaries remind us of special moments in time, often with specific loved ones in mind. Are you struggling with anniversary date gift ideas? Is dinner and a movie becoming a little overdone? Let's help you get past the anniversary gift slump with some excellent anniversary adventure ideas.

Naturally, at Skydive Newport, we consider ourselves to be adventure gurus. After being in the business of adventure and providing Rhode Island with tandem skydiving services since 1999, we are partial to the belief that the gift of a couple skydiving adventure is the best way to make this an anniversary you'll never forget.

It's likely from merging two different households you and your significant other found yourself swimming in clutter, with pairs of items parading around your counter like a domestic Noah's Ark. After a few anniversaries, giving gifts got a little more difficult. What do you get the person who has everything?

In this day and age, minimalism is in. Across the country, more and more couples are striving to give experiences instead of gifts. Why is this? While it seems intuitive that a physical gift will be more appreciated, that simply isn't the case. We know it seems hard to believe. After all, nearly any physical gift will last longer than a few minutes-technically speaking. Contrary to what you might believe regarding the longevity of material gifts, studies are consistently finding the joy derived from experiences, not to mention the memories made, last even longer.

Give Experiences Instead of Gifts

For more and more people, experiences hold much more meaning. You don't have to take our word for it. The joy of experiences versus material goods has been quite well studied. In a psychological study conducted by Ryan T. Howell and Paulina Pchelin at San Francisco State University, researchers found that people felt happier and that their money was better put to use on experiential purchases rather than material ones. Perhaps this is because of something known as the "Easterlin Paradox". Simply put, the paradox is saying that possessing something can bring you happiness but only up to a certain point. Eventually, a ceiling of happiness is reached, you get used to the items you have, and you're right back to where you started. Interestingly enough, this same paradox does not typically appear with experiential purchases. Over time, individuals who have made experiential purchases continue to feel satisfied and happy with the experiences and memories they've attained.

While we may see our material goods as an extension of ourselves, they remain entirely extrinsic. However, the experiences we accrue become memories and exist intrinsically-they become a part of us. The same applies for an anniversary date gift like the adventure of a skydive. The experience of skydiving is a bonding one. It creates a memory to share: something to hold on to for a lifetime. Can you think of anything more bonding than a leap of faith? 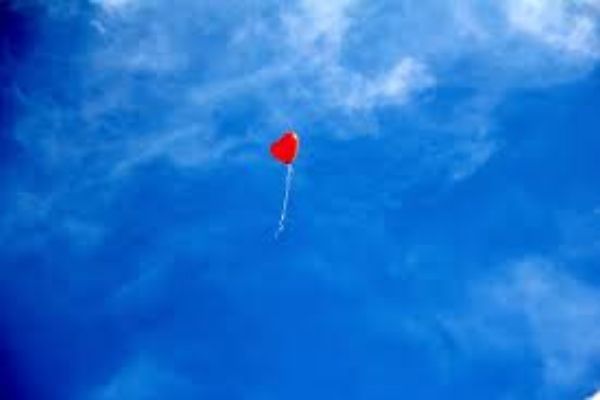 Caught up in the hustle and bustle of the day to day? Maybe you and your special someone just need something to bring you both back down to earth. If so, couple skydiving just might do the trick! 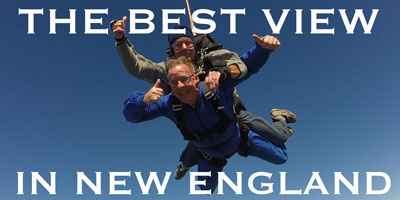 I am by no means a seasoned jumper but I am older and wiser... Newport Skydiving surpasses all expectations! If you come here 1st jump or 50th you will be back.