Skydiving or Parachuting? A History of Terminology 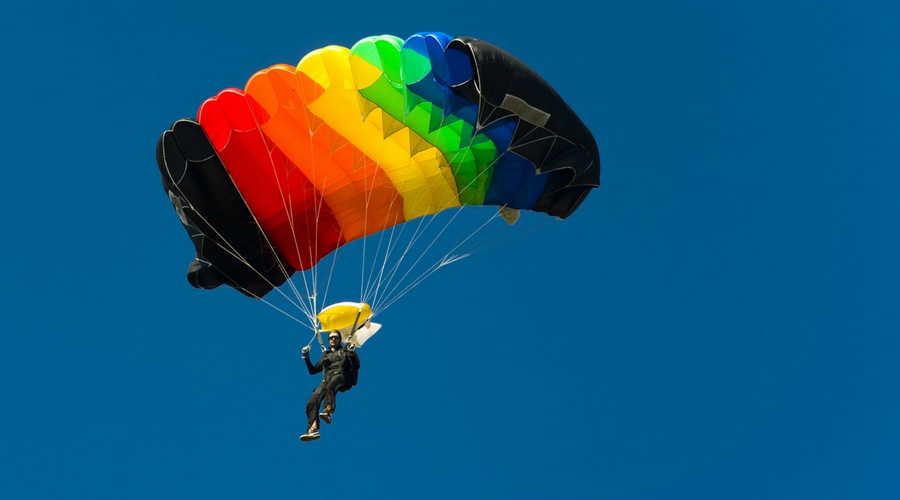 Skydiving or Parachuting? A History of Terminology

If you want to split hairs--and who doesn't, out here on the ol' intertubes--you can massage out some subtle differences in the working definitions of either term. The word "working" comes into strong play here, as a matter of fact: Oftentimes, the word "parachuting" is used to describe jumps done in the line of work and "skydiving" is used when we talk about playtime. So If we're being precise about it, smokejumpers and Navy SEALS "parachute;" while hobbyists and competitors "skydive." If we had to make a guess about it, we'd say that the usage differences here have their roots in the history of the practice. Before the middle of the 20th century, parachutes were only really used for work (military; airshow stunts; etc.) In fact, according to the Merriam-Webster dictionary, the word "skydiving" didn't even pop up in parlance until 1956. "Parachuting," on the other hand, made its English-language debut all the way back in 1784.

Here's another hair to split (if you have any left): When a jumper exits an aircraft and deploys a parachute right away without any freefall, it's debatable whether that is technically a skydive. It is, however, definitely a "parachute jump." If there's any freefall involved from an aircraft, it definitely counts as a skydive. (In case you're wondering, this never, ever comes up in casual conversation.)

So: Do we talk about "parachuting" or "skydiving"? Take your pick! Anybody at any dropzone will understand exactly what you mean no matter which term you use. So what are you waiting for? Come out and enrich your parachuting (or skydiving, as it were) vocab. We're waiting to help!

You are an A class team and I couldn't image jumping anywhere else!