How Old Do You Have To Be To Skydive? 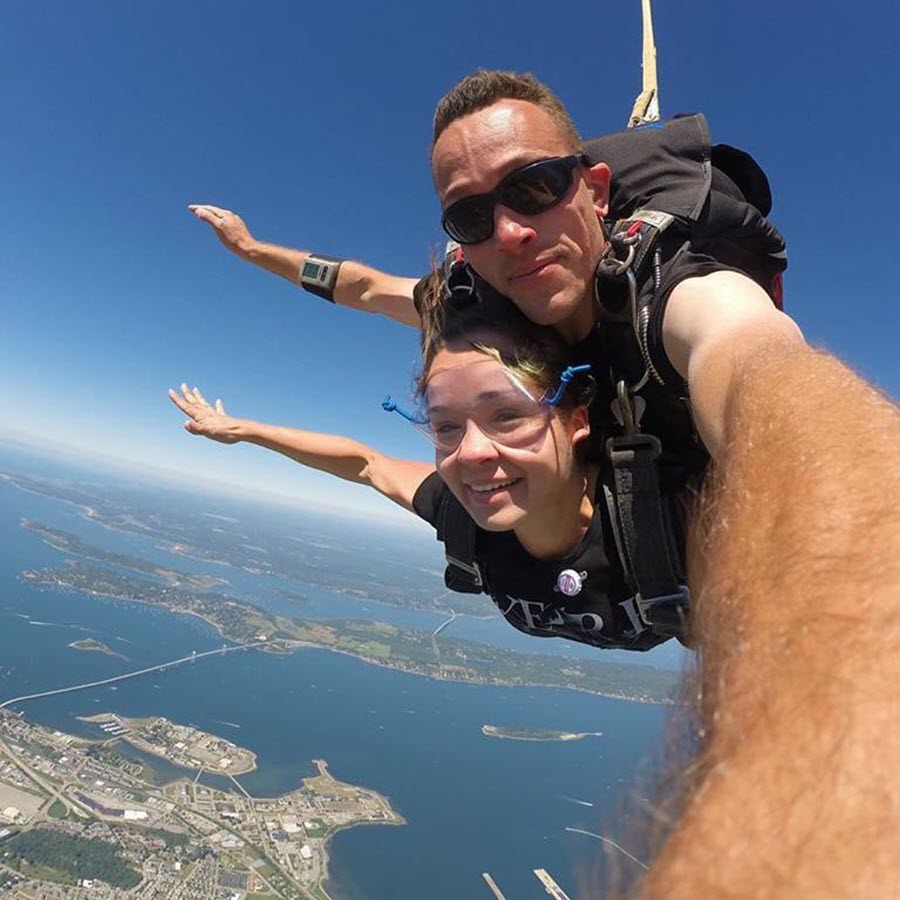 Skydiving is a sport that fascinates young and old alike. Often, we get the question is there a skydiving age limit? Well, there isn't a limit, but there is a minimum, and it's for a pretty good reason. Here's the down low on how old you need to be to skydive.

While every precaution is taken to mitigate risks, skydiving is an extreme sport. Upon arrival at the drop zone jumpers are asked to fill out a legal waiver of rights. This waiver serves as an agreement, release of liability, and an assumption of risk. Legally, the decision to waive one's rights is granted to a person who has attained the age of majority, and is regarded as independent, self-sufficient, and responsible. In the United States, the age of majority is considered to be 6570 days old (18 years of age for those of you without a calculator handy).

Well, observation has shown, that in general, at eighteen the majority of people have reached a basic level of maturity. Now, I'm sure we've all met some pretty mature young men and women who are younger than 18, but 18 is the age the law has set as the age of majority. Acting with the age of majority in mind, the United States Parachute Association (USPA) mandated that in order to skydive, a jumper must be 18 years of age or older, and drop zones who are affiliated with the USPA keep this as their general minimum.

Who is the USPA?

As an association, the USPA is dedicated to the promotion of safe skydiving and is in charge of disseminating industry safety standards put in place by the Federal Aviation Administration. Drop zones that are group members of the USPA have pledged to follow USPA regulations, basic safety requirements, and recommendations. One of the regulations for drop zones who are members of the USPA is that they require an individual to be at least 18 years of age to first-time skydive. However, special permissions can be granted by the USPA, as in the case with children involved with the Make A Wish Foundation who wish to skydive. Additionally, there are drop zones out there that are not USPA members and will allow skydives to be made by younger individuals with parental consent.

Is there a maximum age to skydive?

Not at all! There is no skydiving age limit. Honestly, skydiving capability in older jumpers is determined by flexibility and overall health. Generally, you are only as old as you feel, and many older individuals are able to cross skydiving off their bucket lists. In most cases, whether you are able to skydive is determined by your attitude!

So, if you're celebrating your 6570th day on earth or looking to cross skydiving off your bucket list at 80, come to Skydive Newport! We would love to get you in the air. 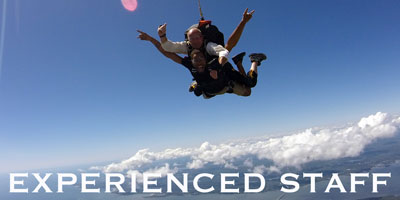 You are an A class team and I couldn't image jumping anywhere else!